My last class is today. I feel like we are just getting started. 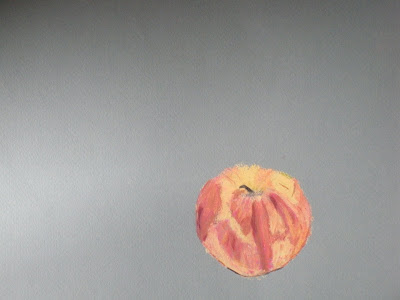 I had no idea how much there is to learn about an apple. This is chalk once I got the idea of how to use the medium it became a bit easier. 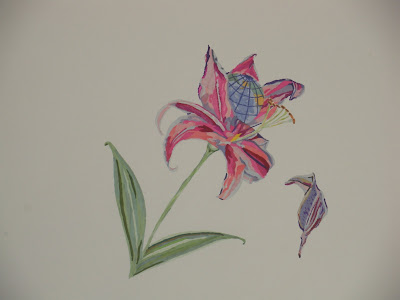 This is my final project. I worked from a photograph of lilies I had purchased from Costco they were the most gorgeous deep pink to blood red. My medium is marker. I have been thinking about doing a piece featuring the earth so I decided to merge the two ideas thinking about how fragile the earth is. I am pleased that the lily is weighted by the earth looks like it's about to fall. When I first began to work on the idea I had drawn a straight stem. At the suggestion of my class mates I changed I had been looking at the photograph to literally.
Also I had the dead leaf on the ground but there is no formal ground so my class mates suggested the leaf might be falling. But I didn't not think through the color change with the change from ground to in motion, perhaps it should be pinker.
Drawing really is about observation here I wanted to inject story telling I'm not sure how successful I was.
Posted by Penny Mateer at 8:26 AM No comments: 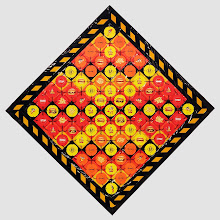